Transferring state in an Ansible Workflow

Transferring state in an Ansible Workflow

Ansible is mostly a stateless system in comparison to tools like Terraform. Fact caching alleviates only some of this. The problem with any caching system is that the cached data may be stale. The Ansible modules determine the current state and transform it to the desired state, if applicable; however, the end state is not saved for a subsequent playbook or job template to reference.

So what options are available to transfer state between two otherwise independent playbooks / job templates?

One option is to write variables to a file on the Ansible controller. Keep in mind that there are extra security measures in place on AWX/Tower — for example, blocking become on the cluster nodes. Subsequent playbooks or job templates can read the file containing the variables and execute roles and tasks accordingly on the variable values.

Another option or a slight variation of the above is to persist the file to a network share. Of course, this adds another dependency on the availability of that network share.

At this point, if your needs tend towards stateful tooling, Ansible is probably not the right tool for the job as it is mostly stateless.

Let’s look at a lightweight option next, which is suitable for specific use cases.

Using the set_stats module in a Workflow

This section will explore a use case where a maintenance window in your monitoring solution needs to be created before some Ansible activity. If the activity was successful, then the downtime will be deleted at the end. Any monitoring solution will set a unique identifier for each downtime, here downtime_id.

Remember, while Ansible can gather facts at the start of a play with gather_facts: True, which is the default, or utilizing a setup: task, it does not save the (previous) state after any playbook or job template execution. The same is true for a Workflow in AWX and Ansible Tower, which are the web interface versions of Ansible.

Once a playbook completes and the next playbook starts, Ansible is unaware of anything that has happened in the previous playbook. What if, for example, at the beginning of a Workflow, you set a downtime in your monitoring solution and want to keep track of the downtime’s unique identifier, so that at the successful completion of the Workflow Ansible can delete the downtime?

The following examples show how a playbook in a Workflow can use set_stats to transfer information to a playbook executed later in the Workflow.

This example playbook will be the first node in a Workflow:

When the Workflow has reached the final job template, that playbook can use the above variable downtime_id, set by set_stats, to delete the monitoring downtime for the targeted application stack. Below is an example of such a playbook.

The Workflow utilizing these playbooks / job templates could look like the following example.

After execution of the SetsDowntime job template its job details outline the artifacts that were set due to the set_stats module invocation. 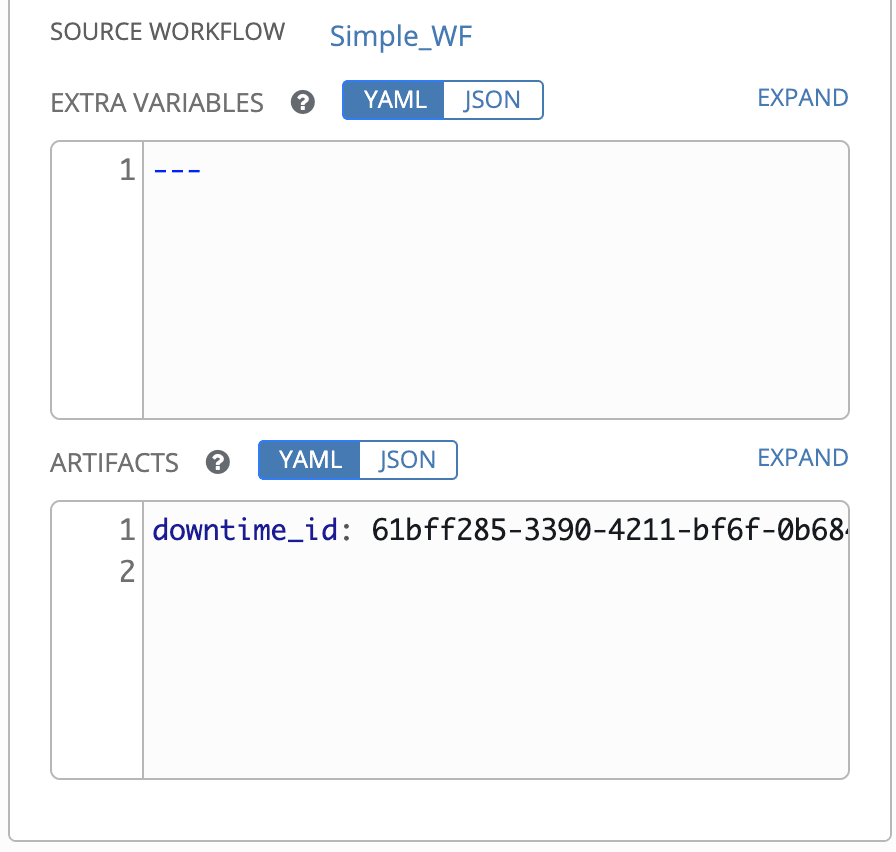 The middle and last job template in the Workflow receive the artifact as an extra variable (see below). 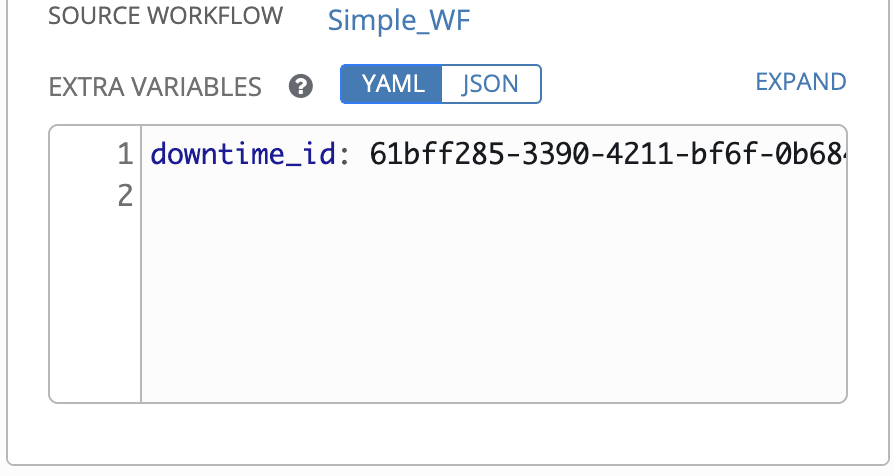 Artifact as an extra variable on subsequent job templates

As you can see, for simple use cases, the set_stats module can be a convenient vehicle to transfer data between multiple job templates, while avoiding the introduction of file dependencies.

You are now ready to apply this technique in your new and existing Workflows. 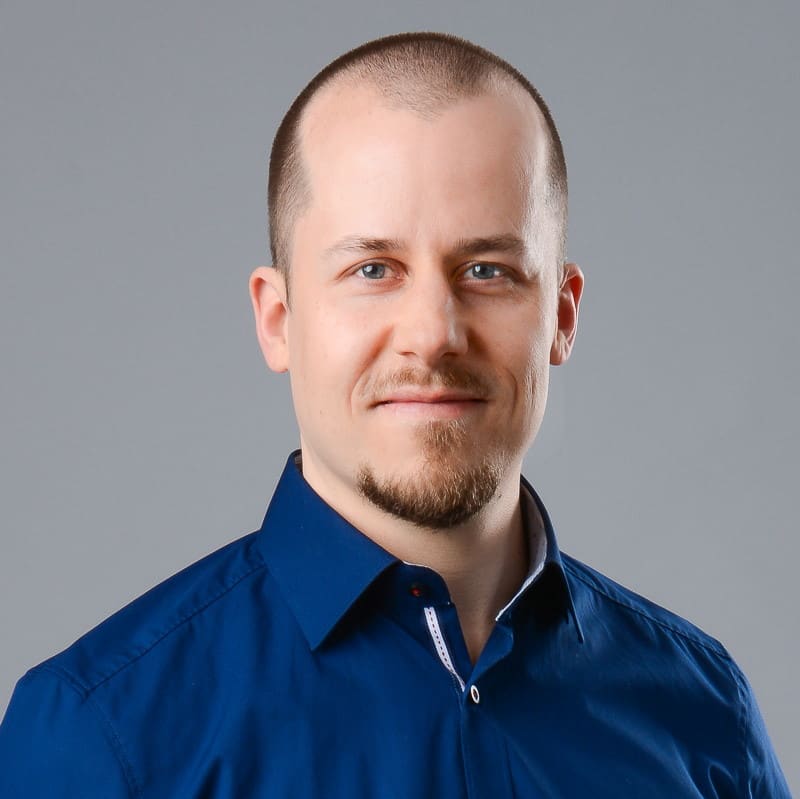 Keeping the lights on for diverse clients for over a decade, Marek has experience in Linux and Windows system administration in virtualized environments. Over the last seven years, he helped: private banks, aluminum smelters, hospitals, universities with virtualization, automation, endpoint management, and general system administration.

Some of Marek’s philosophies are:

Outside of Arctiq, Marek stays fit doing Crossfit, enjoys listening to educational podcasts and spending time with his wife.