From Teaching to Consulting

Prior to joining the Arctiq team, I was a professor at Seneca College for nearly 2 years. I taught several courses relating to Linux, open system servers, and web programming principles. I’ve gained a fair amount of soft skills speaking in front of large audiences, some of my students even being older than myself. Teaching was always something I wanted to checkoff on my bucket list, and I appreciated the experience for the social skills I gained from it. While I find instructing to be quite fulfilling, it has many drawbacks. The lack of demand for staff makes achieving a full-time position nearly impossible without the possession of a master’s or PhD. I would be happy to go after a degree, but in my opinion it would not be worth the tremendous amount of time and money just to lock-in a job, when there are various superior alternative methods to acquire knowledge and experience in this field.

My first few months with Seneca were extraordinary, but it certainly becomes a repetitive gig, repeating nearly the same content every semester. The pay was not spectacular, but wasn’t a huge deal for me considering the abundance of free time that I had available. This lead me to pursue learning new languages such as Japanese, Spanish, and American Sign Language; as well as my own personal projects relating to home/server automation. As I was starting to feel stagnant in my career at Seneca, I began searching for new opportunities.

My connection to becoming a professor originated numerous years ago from my work at Seneca’s Centre for Development of Open Technology (CDOT). With a dynamic working environment, I consistently switched between projects with separate stakeholders. Part of my role involved helping host the Free Software and Open Source Symposium (FSOSS), where I was introduced to DevOps. Some of my colleagues who were already involved in this space (and who later established employment at Red Hat and Google) were demoing OpenShift and CI/CD pipelines with Jenkins. It was then I knew how paramount this class of technology will become.

I first heard of Arctiq through my brother, Michael Markieta, who is a Customer Engineer at Google. He knew I was exposed to various sectors of IT and that I was most interested in joining the DevOps space. He recommended I take a gander at the list of Google Cloud partners in Toronto and start applying, as this city seems to be in high demand for cloud and DevOps enthusiasts. Arctiq really stood out to me with their high attention to detail, and a clear definition on what type of people they hope for joining their team. Timing was not great when I began interviewing. I had an expiring job offer lined up and had to make a decision soon before starting another semester teaching.

So I jumped the gun and declined that offer, communicated with my manager regarding my 2 weeks notice, and took a chance with Arctiq. I’ve only had a phone call and 1 in-person interview with Mike and Hart, but everyone’s personalities, stories, and answers to my questions made me believe this would be my dream job. Over the last couple of months I’ve been learning plenty and have not been disappointed. I am delighted to say I have no regrets with my resolution to join Arctiq! Although I’m new to Arctiq I can say the experience has been amazing, and I’m looking forward to working with our customers and partners! I’m excited to learn more, and what the future will bring!

For my next article I would like to dive into my first workshop with Arctiq and how I launched into Google Kubernetes Engine (GKE) and building CI/CD pipelines. 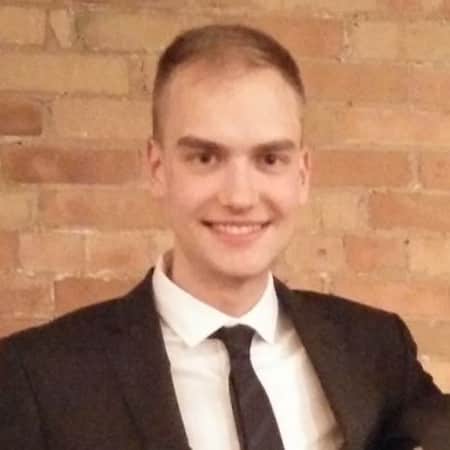 Prior to joining the Arctiq team, Chris was a professor at Seneca College teaching Web Programming Principles and Linux. He was also a system administrator and conducted research working with state of the art hardware and open source technologies for emerging platforms.

Chris spent his days configuring network and storage infrastructure, as well as monitoring resource availability and data/battery backups. He developed modules for clients to improve software productivity, and established a Unified Threat Management dedicated network firewall to counter worldwide brute-force attacks. He touched mobile development in both the Android and iOS space, but his passion is tailored towards automation of services. Chris maintains his own home server in a fully dockerized environment, dedicated towards monitoring his network, storage, sharing, and web hosting.

Below are some of the technologies Chris is experienced with: