There’s another year in the books folks. It’s almost 2020 and the decade still barely has a name (although it may be named through AI before 2019 is done). Two more years to turn it into overdrive as a human race I suppose! In this our second New Year’s, Arctiq has once again compiled a list of our “top everything”, including some of the best overheard conversations around Arctiq. Happy New Year everyone!

The repeat winner is OpenShift from Red Hat! It’s impossibly hard to get into a discussion about modern technology, automation, and software delivery techniques without getting into OpenShift. Ansible (also from Red Hat) maintains the number two position, but the conversations are now expanding into Network Automation. This year’s honourable mention happily goes to Terraform from Hashicorp, a late entrant but quickly making waves around Arctiq and our client base.

Once again, Red Hat takes the cake. However, 2017 has seen a number of new and growing partnerships with modern software companies who help round out the open source software design and delivery experience.

The afore mentioned Hashicorp with their suite of highly respected tools (Vault, Terraform, Consul, etc.), plus newer entrants such as MongoDB, SysDig, Aqua Security, and Meta Networks are making waves with our container, workflow, and automation focused clients.

Not to be outdone, Microsoft has really started garnering attention in the world of Cloud and open source participation, by embracing OpenShift on Azure for their clients.

Larger enterprises continue to lead the growth of DevOps adoption, workflow automation, and developing security pipelines. In 2017, we saw a rise of the mid-market customer segment as well. Overall, Finance, followed closely by Telco, were the two most active client communities in 2017.

While Containers continue to be on fire, the bigger conversation has shifted to the overall software delivery pipeline - containers or not. This represents a move in the right direction as far as we’re concerned! Containers are only part of the overall technology transformation discussion.

The hottest new conversations taking hold in late 2017 are Network Automation, Build Automation and Git Workflows. Oh, and Security Pipelines. And Container Storage. I suppose API Management should get a nod too. Whew!…we’re certainly having a lot of conversations (Did I mention we are hiring??!).

Finally some new blood on the list! It’s hard not to enjoy a cold Czechvar and Extra-Hot Roti over a few solid hours of Git Merges. The staff has been more than accommodating as we ‘borrow’ their booths for our “office away from the office”.

It’s too hard to pick just one. You know who you are, and we appreciate you putting up with us!

They started out a more-likely winner of Top Partner (and they deserve it!), but in 2017, GitHub takes the nod for their tooling. The slick new Arctiq.ca website is powered (at no cost!) by GitHub Pages and it’s Jekyll static site generator. We now manage the Arctiq site using much of the same workflow we teach our clients, with a seamless automated process. Very cool.

It’s hard to think back to May. But what a party it was! Thanks to everyone who attended and helped make it a fantastic success.

Stay tuned for a February Warm Up Party being planned for our new office space - still on the eclectic Britain Street in Toronto. 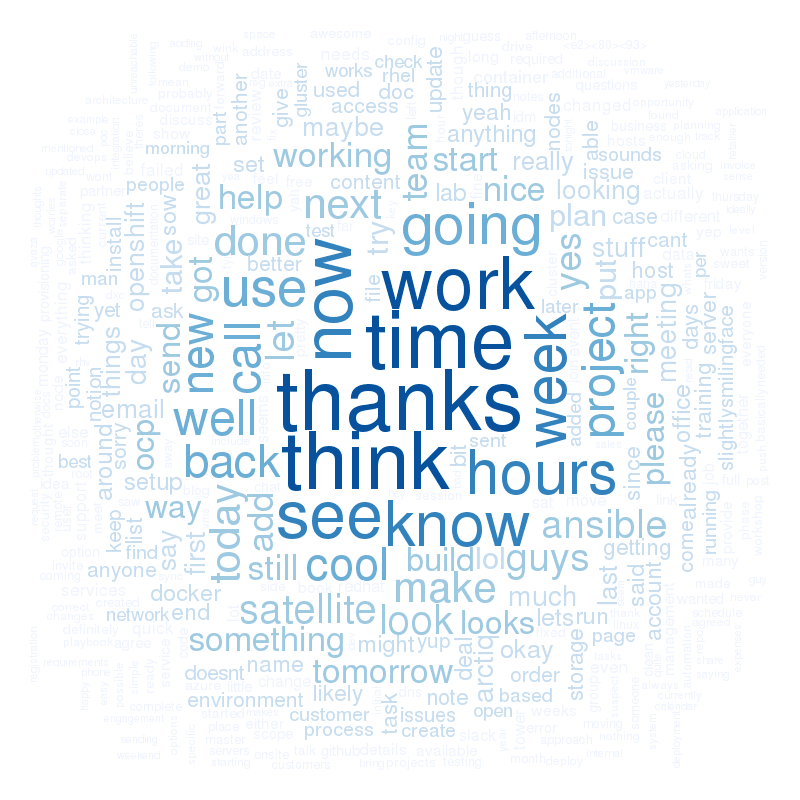 Without further delay, the Top-10 things heard around the Arctiq office in 2017, including our top used words in Slack: